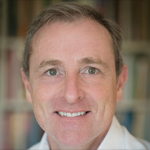 Previously, he has worked with organisations in various sectors including global financial organisations such as the Bank of England, manufacturing, Jaguar Land Rover and in heritage and cultural sectors, the likes of the National Trust, and the UK and International governments including the UN and European Union. For UK government, he has worked as a lead consultant with the Foreign & Commonwealth Office and Home Office and has led coaching and ALS activities for leaders in the Department of Health, Cabinet Office and Ministry of Defence.

Benedict has vast experience of designing assessment and development centre for various leadership levels and for accelerated promotion programmes. As a facilitator and qualified coach, he has worked extensively with new managers through to FTSE 100 CEOs and government ministers.

He is a certified practitioner in both cognitive behavioural approaches to development and development through emotional intelligence. His academic interests have included researching the influence of multiple intelligences on leadership, maintaining psychological resilience in leadership and leadership competency frameworks.

Benedict has had articles published in both the UK and US. As well as being an Associate Fellow of the British Psychological Association, he is also a principal practitioner with the Association for Business Psychology.

Leadership and complexity during crisis